People who have French drains talk about them. Are they trying to impress with the word French, or do they want you to be just as fascinated with their French drain installation as they are?

Who knows, but one thing is certain—at the first sign of rain, at the neighborhood barbeque, or at the barbershop—the drain system with the fancy name ranks high on the list of conversation topics.

Read our guide to French drains and you may discover it’s exactly what you need to install at your home.

What Is a French Drain?

It sounds all elegant but there’s nothing particularly elegant about French drains. As it turns out, the primary function of a French drain is draining unwanted water from your yard or basement. Nothing chic about that!

Want to hear something amusing? French drains aren’t French at all! The drain, named after its inventor, Massachusetts farmer, Henry French, made it’s debut back in 1859, likely as a solution to get rid of water interfering with crop growth.

This drainage system collects water from where it isn’t welcome and directs it to a place where it’s either pumped, absorbed, or runoff. You’ll find French drains installed inside or outside a house.

Whether indoors or out, the system consists of several components including:

Whether you have water collecting in a pool in the backyard, or water seeping in from around the perimeter of your house, you can benefit from installing a French drain.

The only time standing water isn’t a problem in a backyard is during the winter when the kids want a skating rink. Any other time of year pools of water in your yard prevent grass from growing and creates the ideal breeding ground for mosquitoes.

Why does water pool in a yard? You may have a large depression in the yard, or you could have poorly draining soil. Whatever the cause, standing water deems a significant part of your yard unusable.

If you install a French drain, you can direct water to the far back part of the yard, to a dry well, or to the street where it flows into your city’s storm sewer system.

Called a shallow French drain, this drain consists of a 12- inch wide trench dug down to a depth between 12-24 inches. The trench has a downward slope toward the area where you need the water channeled.

Landscape fabric lines the trench followed by a layer of gravel and the perforated drain pipe. You’ll use drain rock as backfill.

Most homeowners fold the landscape fabric over the drain rock and then use topsoil and grass as a cover. Out of sight, out of mind.

Next, we’ll look at a French drain installation that helps prevent standing water inside your home.

No More Seepage in the Basement

If the foundation for your home sits on flat ground, you may notice a depression where water collects both from surface runoff and your roof. Homeowners with this issue often install a footing drain, which is a French drain system installed around the perimeter of a house.

A footing drain directs water away from the house before it can seep through the foundation. You might hear this type of drain called a deep French drain. It’s called this because installation includes digging deeper into the ground than 2 feet. You’ll dig all the way down to the footing.

Unless you install a footing or deep French drain during home construction, installing later is usually more difficult and more costly.

No one wants water in the basement. It can lead to mold growth, which comes with several significant health risks.

While drainage systems do a great job of helping channel surface water away from your home, they do more than that.

Is your home built in an area with a high water table? If so, you don’t only deal with surface run-off. Groundwater can experience hydrostatic pressure strong enough to force water up through your foundation or your floor slab.

It’s not an unusual problem and installing a French drain in the basement eliminates your flood risk.

Keep in mind if you install a drainage system in your existing basement, it involves breaking up the basement floor and possibly redesigning the floor so that it slopes toward the drain.

After installation, a French drain in the basement works with a sump pump. The drain channels water to a sump pit or a holding tank. Then the sump pump sucks the water up and out through a drain pipe.

You’ll also find French drain systems that collect water before it ever seeps into the basement. With this system, you cover the drain pipes with concrete. This is called a drain tile system.

Is French Drain Installation the Best Solution for Me?

Other than a basement that floods regularly other situations call for installing a French drain.

Some homes have a crawl space rather than a basement. Like basements, water can seep into crawl spaces where it eventually damages your home’s structure, your belongings, and creates a place for mold to develop.

You can install a deep French drain around the exterior of your home. The alternative is an interior French drain.

We’ve already mentioned the soggy yard, but we haven’t talked about another situation that may call for a French drain.

If you build a retaining wall either on a slope, you should install a French drain behind the first course of the wall. This prevents water from pooling at the bottom of the wall or draining toward your house.

Ready to Install Your French Drain?

Now that you know more about French drains, you can join in the conversation at the next barbeque. Even better? You can install one and help prevent standing yard water, basement floods, and mold development.

Don’t wait for the next rainy season or the spring snowmelt! Schedule your French drain installation now and prevent unwanted water in and around your home.

If you already have a water problem and notice moldy odors or mold growth in your home, contact us today and schedule a mold inspection. 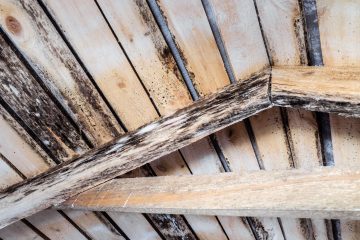 Water Damage Repair: Wood-Rot and Other Types of Damage

When you are king of your castle it is easy to think you are at the top of the food chain in your house. However, if you are not careful there may be a predator Read more… 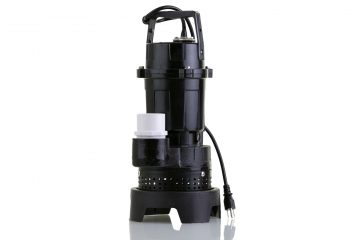 The worst time to realize your home needs a flood prevention program is the day you discover rising water in your basement or crawl space. The damage caused by water in your home can go Read more… 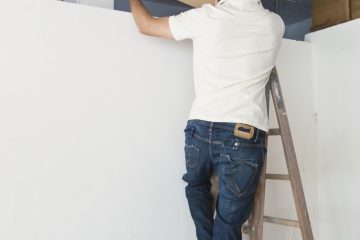 Crawl spaces were created to elevate the lowest floors of your home away from flood hazards. In an attempt to keep your home safe from the damage of a potential flood, crawl spaces have become Read more…